As it turns out we've procured the footage from the 'End of the World' show in Victoria. 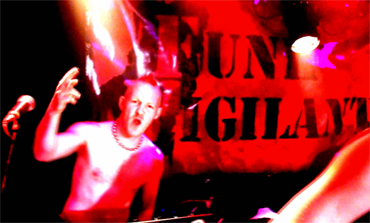 Initially the plan was to edit one or two song together, but the entire set was actually pretty dope, and the project has kind of evolved. It's taking some time to put all the pieces together, but we hope to release the entire concert soon.